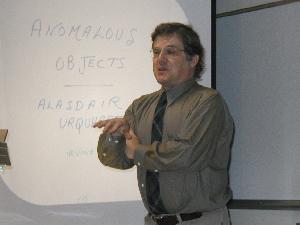 Objects that appear to violate the rules of mathematics and logic appear at the borderline of mathematics and other subjects, particularly physics. A well-known example of such an anomalous object is the Dirac delta function. In many cases, such objects have been eventually incorporated into the standard set-theoretical universe. The present talk discusses strategies for incorporation, and whether we have reasons to believe that such objects show the standard set-theoretical universe to be inadequate.